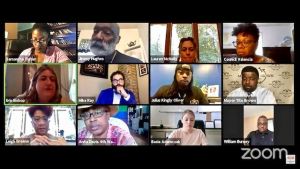 On Friday, June 19, 2020, the City of Youngstown declared racism as a public health crisis. In an historic vote held on the historic Junteenth holiday, which celebrates the liberation of African Americans from slavery in the United States, all seven council members voiced their support for this declaration as well as commitments to follow up these words with much needed actions. 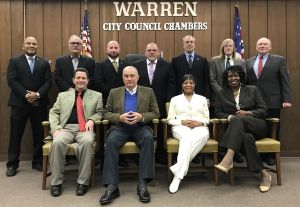 On Wednesday, June 24, the City of Warren declared racism as a public health crisis with unanimous support from members of City Council. The passage of this resolution by Warren City Council comes hours after the Trumbull County Commissioners held a discussion exploring the creation of a committee to address health inequities because of racial and economic disparities. And, this happened the same day that Mayor Franklin in the City of Warren took the first steps to establish a committee to improve community-law enforcement relationships: the Police and Community Trust Initiative. 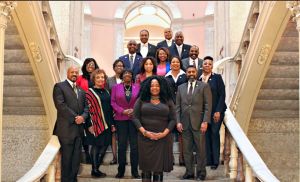 Additionally, the Ohio Legislative Black Caucus has introduced a resolution in the 133rd Ohio General Assembly with 16 recommended action steps—if passed, Ohio would be the first state in the country to draft and enact such a resolution.

Many leaders across Ohio from different sectors have been working diligently over the years to connect dots and build coalitions to address racism as a public health crisis that continues to show up in community health assessments and other planning documents year after year. But this year, the dual pandemics of COVID-19 and systemic racism have brought the bubbling undercurrent of racism’s effects on health to a roaring boil that can no longer be pushed to the back burner.

Sharing their words, here are the reasons why the leaders in the City of Youngstown and the City of Warren believe the time is now to come together to confront the toxic consequences of racism and what they hope to see occur in the weeks, months, and years ahead.

Quotes have been compiled from local news coverage of the resolutions. Links to the sources are included below. 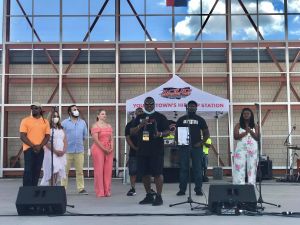 I think that [the resolution] is constructing a great building point for us that we are all going to become a team, because [racism] isn’t just one of our problems. It’s all [of] our issue.

The thing about the racism and the systemic process that was put in place many, many years ago going back to slavery, has kind of evolved to where we are now and the disparities that we have in the communities. COVID-19 brought to light some of the things we already knew.

The fact that Black and Brown, especially the Black community, is greatly impacted by the COVID virus because they say individuals with high blood pressure are at high risk, and 58-percent in Mahoning County have high blood pressure.

By declaring racism a public health issue, now that opens doors.  I’m hoping that opens doors to funding and to maybe bring in additional resources so that individuals can have healthy lives.

Most recently during the Covid-19 pandemic, we have seen a disproportionate number of African Americans affected by the virus. As public health officials we are called to investigate and reverse those numbers, by declaring racism as a public health crisis we can do just that.

I am proud and honored to be the Health Commissioner of the City of Youngstown during this time.  The declaration is only the beginning and I am committed and dedicated to do the hard work that lies ahead.

In every social disparity category that you can think of, African Americans or Black and brown people are at number one. Now that I see those policies, we can start to peel them back so that they have a fair chance to have a leg up in life.

When I was young, I didn’t understand some of the trauma that was being placed on me. Whether it was where I live, whether if it was next to the steel mill, a victim of environmental racism or the projects, per se.

We know that the human cost, the social cost, and the monetary cost is tremendous if we just do nothing. And we are not going to do that. 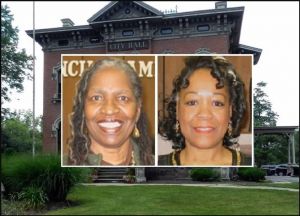 The plan would involve a cross spectrum of topics, including employment, education, crime, housing, health care and criminal justice.

We will be initiating a racism task force dealing with racial disparities in the City of Warren. It will be a five-year plan and we will ask them to address city council periodically in reference to their suggestions, and identifying problems and resolving those issues.

Jobs have moved out of Warren, which has the county’s largest black population. The virus has disproportionately affected people in black and brown communities. There are no grocery stores and no doctors living in these areas. All of this adds stress. These resolutions are signaling to state and federal governments that we need help.

Shortly after beginning this blog celebrating the accomplishment by the Cities of Youngstown and Warren, there was an article published highlighting that Ohio is ranked as one of the worst states for economic equality: “Ohio is ranked No. 45 out of the 50 states and Washington D.C.” Ohio’s numbers for health outcomes are also shockingly and saddeningly low: Ohio ranks 38 out of the 50 states according to America’s Health Rankings, which is supported by United Health Foundation. The time must be now to directly confront the source of these inequities—systemic racism—head on, because as James Baldwin reminds us, “Not everything that is faced can be changed, but nothing can be changed until it is faced.”

As Nell Derick Debevoise states in her Forbes article chronicling Franklin County’s journey towards declaring racism a public health crisis, resolutions that name racism as a root cause for health, economic, and other inequities are a critical first step. But, they are the first step in a long march. Fortunately, more and more cities and counties are taking this first step, and we are hopeful that more leaders in Mahoning and Trumbull Counties will take similar steps and keep a steady pace for the long haul.

As committees and councils are created to ensure, as Councilperson Oliver cautioned, these resolutions are not just words on paper, we are hopeful that the people and perspectives at the table are fully present and committed to collaboration and confrontation—even and especially when things get tough. As some would say, becoming comfortable being uncomfortable.

A balance of collaboration and confrontation is necessary to bring about real, sticking-around-for-awhile change. No one person can propose and implement systems-level change by themselves. And, true community-wide, systems-level transformation requires at least some measure of destruction, reconstruction, and imagination. During this reimagining and rebuilding process, establishing meaningful relationships among community leaders and citizens is critical. When things get uncomfortable, unfamiliar, and uncertain, there will at least be comfort, familiarity, and certainty that the people next to you aren’t going anywhere.

Change, after all, only moves at the speed of trust.

HCP is excited that many of our partners helped to lead these efforts to encourage our communities to take this courageous first step towards addressing racism’s effects on health and opportunity. And, HCP will continue to lend our collective support to these efforts as they grow and develop. Together, we will keep charging ahead towards becoming an equitable Mahoning Valley where every resident has the opportunity to live, work, play, and prosper.