Skip to content
HCP-MV Moment of the Month March 2021: Three Cheers for Transit

HCP-MV Moment of the Month: Three Cheers for Transit 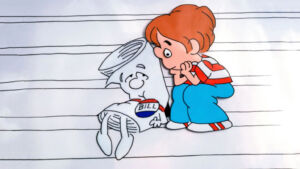 A scene from Schoolhouse Rocks! “I’m Just a Bill.”ABC

Advocacy journeys do not always, or even often, lead to happily-ever-afters or victorious celebrations. There are countless advocacy stories that end in heartache, heartbreak, and mourning. Much like the story told by “Bill” in the beginning of Schoolhouse Rocks! edutainional favorite, “I’m Just a Bill.”

Fortunately, the tale of the 2022-2023 Ohio Transportation Budget wrapped up with a heartwarming, celebratory happy ending, at least for now.

The conclusion of the legislative saga for HB 74, the legislation for the 2022-2023 Ohio Transportation Budget, resulted in the restoration of funding for public transit to the levels included in the 2020-2021 Ohio Budget. As was outlined in the February Moment of the Month: Building a Healthy Budget, funding for public transit was reduced a staggering 90% from $70 million to $7 million in Governor DeWine’s initial budget proposal.

Much like the previous biennium budget, throughout HB 74’s journey from the start to handing the baton back and forth between the Ohio House and the Ohio Senate, state support designated for public transit was increased by the legislature by the time it reached the finish line. 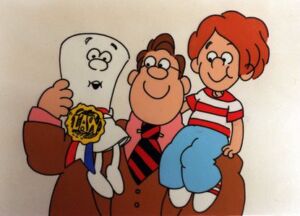 The end of HB 74’s brief relay race through the legislative process and crossing the finish line with the click of a pen and swift signature, $37 million in state

support was successfully advocated for and included. Even more noteworthy, every legislator in the Mahoning Valley voted in support—a rare moment of bipartisanship. Hopefully we’ll see more of this kind of coming together and rallying for Team Mahoning Valley.

Advocates—many of whom speaking from perspectives as transit riders, front-line workers, and our neighbors—across Ohio weighed in throughout the process. Members of HCP were included along with dozens of other individuals and organizations coordinated and supported through coalitions like MOVE Ohio and the Ohio Public Transit Association. This is the second transportation budget cycle that HCP has signed on to collaborate with MOVE Ohio and communicate the interests and perspectives of the Mahoning Valley in the process. 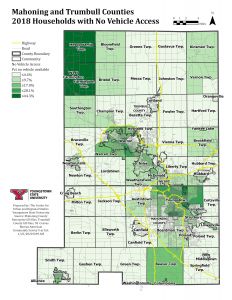 The tens of thousands of Mahoning Valley residents who rely on public transit to get to work, to school, to the doctor, to vaccine clinics, to the grocery store, to family members’ homes will be able to breathe a little easier knowing the Ohio General Assembly didn’t throw them under the bus in this Transportation Budget. The 2018-2019 Community Health Assessment (CHA) revealed that 8% (or nearly 20,000) adults in Mahoning County and 13% (or nearly 26,000) adults in Trumbull County reported experiencing barriers to transportation. And the number triples to 21%  (or nearly 60,000) African American adults across Trumbull and Mahoning Counties. Drawing lines between data points reveals a picture showing that Mahoning Valley, like the rest of the state of Ohio, needs transit to connect residents to each other and to opportunity. 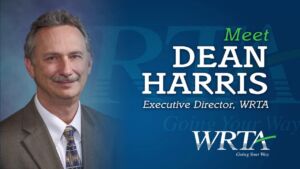 Bringing it home, this legislative victory will provide opportunities for the Western Reserve Transit Authority (WRTA) to build on the progress made from the last biennium budget, which enabled them to secure over $2 million in state resources. This resulted in WRTA adding six new fixed routes in the City of Warren and Paratransit trips throughout Trumbull County, creating better connections throughout the region. Additionally, WRTA was also able to add a new express route, which provides service to large employers like Pur Foods and the soon-to-be-open TJX warehouse facility in the Lordstown and North Jackson area. These state funds also provided WRTA with leverage to secure over $2 million dollars of additional federal funding.

Dean Harris, Executive Director at WRTA and HCP Active Transportation Team member, shared his reaction upon hearing the news about the final passage of HB 74:

“The passage of HB74 that maintains funding for transit will provide an opportunity to continue the success the Valley had in adding additional service in Trumbull County from the prior year’s funding and to demonstrate the significant need and the benefit that transit provides.”

Members of HCP and our coalition partners in MOVE Ohio know that the arrival at this destination is a rest stop on a longer journey towards achieving the more ambitious funding goals for public transit in Ohio. But, it is important to take time to celebrate making it this far. 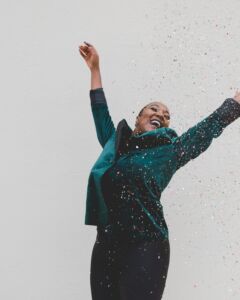 As Holly Hammond writes in “Celebration is an Activist Skill:”

Activists are often so focused on problems. We’re used to battle and struggle. Unfortunately, many of us have experienced defeat. Even when we do win it can be hard to take it in as we rush on to the next challenge.

But, Hammond continues, it’s important to curb the urge to rush on to the next challenge and pause to party:

Why do we celebrate?

To consolidate the movement and build momentum

To hold us until the next win

To engage people on the periphery of our movement

To keep the story of a win alive, to mark the time and honour people

Because it feels good and we deserve it!

So, three cheers for public transit, transit advocates, supportive legislators, and making it to this stop on the route leading towards a more robust, accessible, equitable transportation system for the Mahoning Valley and beyond.