Members of the Healthy Community Partnership (Partnership) responded to recent column published in Mahoning Matters, which offered a proposal that some of the American Rescue Plan funds to be used to pay off debt on downtown Youngstown’s Covelli Center. The column concludes by suggesting that the savings to the city could be used to reinvest back into the community through tools like, revolving funds,  neighborhood solutions, or other business initiatives.

However, in the lead up to presenting this proposal, there were a couple of comments that though important, investments in sidewalks are short-term improvements and a “dead end in terms of a return on investment.” These statements generated concern for Partnership members, especially those who are members of the Active Transportation Action Team. Many communities have been working diligently and vigilantly over the years to raise the profile and value of sidewalk investments (read more about some of these efforts in the Where Sidewalks End Digital Digest), which has been a long and uphill battle in many cases.

Below is a letter composed by HCP staff with contributions from members of the Active Transportation Action Team and Mahoning Valley residents. The central point of our response is to underscore the importance of sidewalks in our communities and the multiple benefits—short and long term—of centering sidewalks in conversations about infrastructure spending and investments for the public good.

Mahoning Matters published the letter in the Community Column on April 21: Sidewalks Line the Path to Recovery in Youngstown 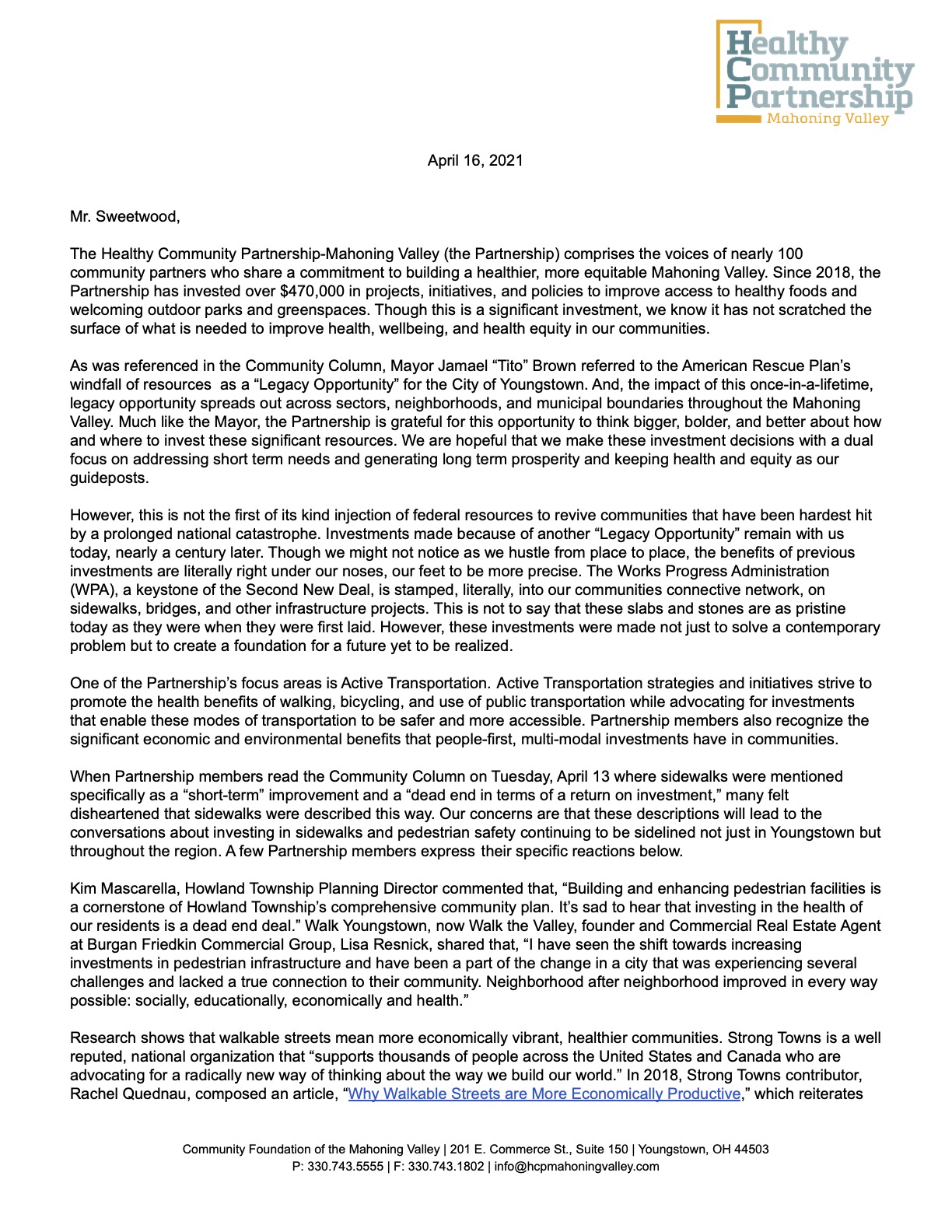 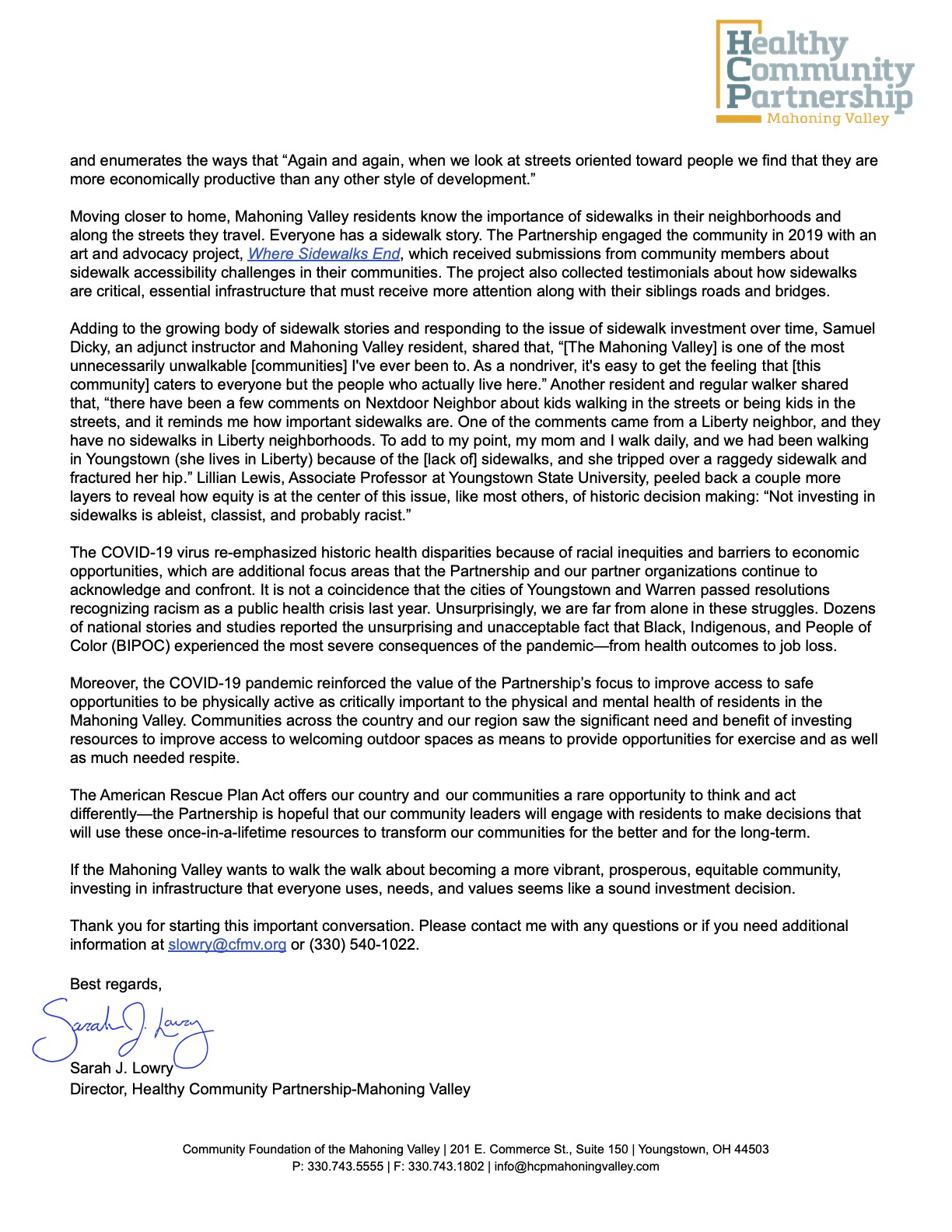